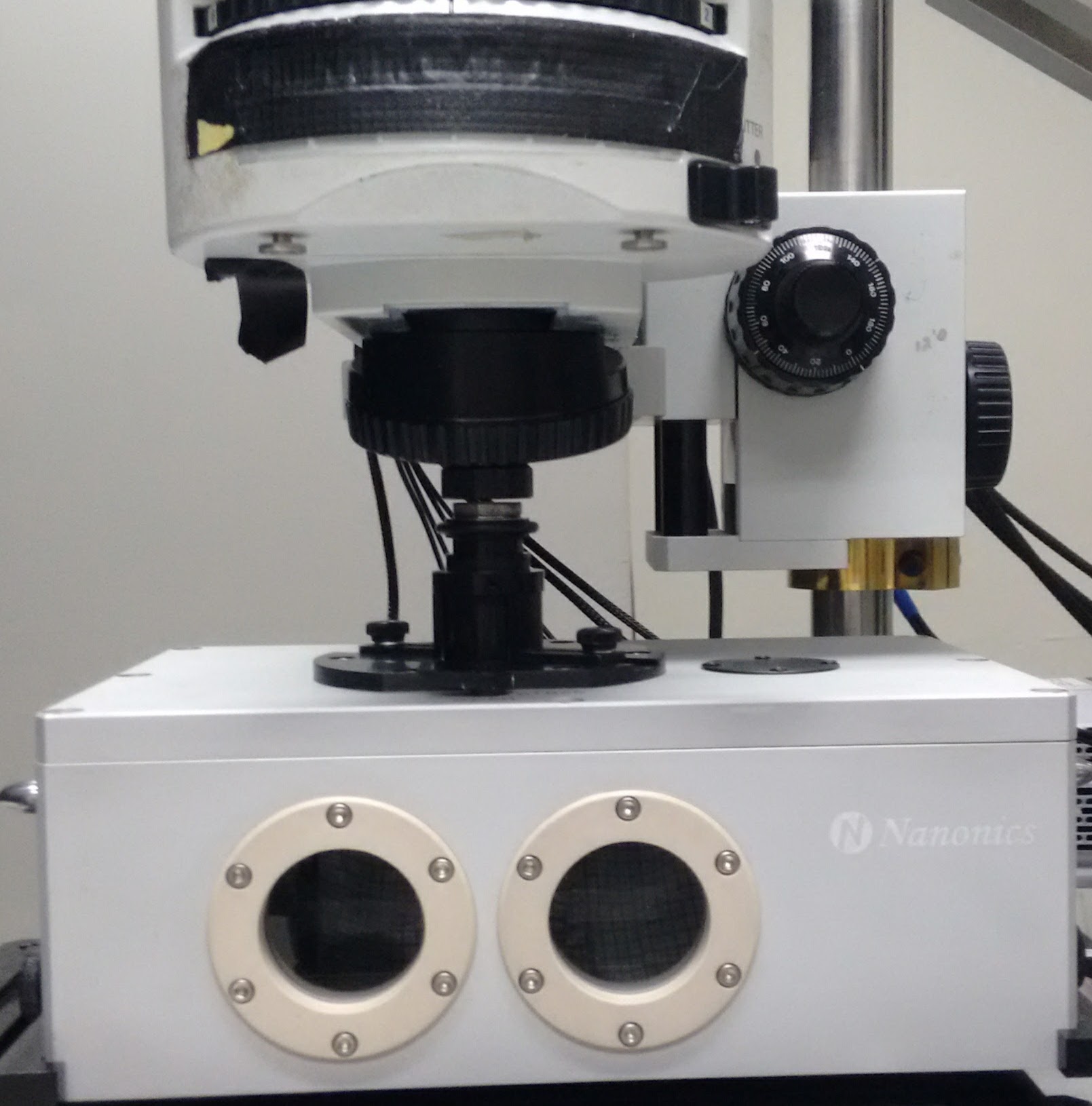 Lithium based batteries drive many of the electronics that we use in our daily lives. Significant interest has developed on a variant known as lithium-sulfur (Li-S) batteries. These batteries could result in a significant advance in achieving more power with lighter and smaller packaging. However, several challenges lie ahead for their development. These mainly are related to the electrochemical processes that underlie the function of these batteries and result in the irreversible deposition of insulating materials that perturb battery function.

Scanning electrochemical microscopy (SECM) is a powerful method to look at local electrochemical changes and can even image the nature of these changes. Thus, its application has great potential to affect new understandings that could lead to improvements in such battery function.

SECM has generally used straight glass probes filled with metal as an electrode to image electrochemical reactions occurring on surfaces. It is recognized that such glass probes are ideal for electrochemical imaging. However, these probes have lacked the important ability to integrate AFM topography. Without such imaging SECM has lacked the ability to separate morphology from electrochemical activity and also the lack of AFM feedback has restricted SECM imaging with probes that are less than several microns.

The group of Reddy Arava at Wayne State University has applied the developments of Nanonics to combine the excellence of glass SECM probes with AFM. This integration of simultaneous AFM-SECM measurements does not obstruct the optical axis therefore permitting SECM, topography and spectroscopic techniques such as Raman on-line imaging. Furthermore, Nanonics integration of tuning fork for AFM/SECM feedback allows Raman imaging without any optical background. This synergistic integration was highlighted by Arava et al in their research focus on battery electrochemical fundamentals. Specifically, their NanoLetters paper shows :

To summarize this paper highlights the importance of such a combination of techniques to offer new insights into next generation Li-S batteries.

The authors have been able to show that the SECM/AFM/Raman can map effectively the deposition on a nanoscale of conductive and non-conductive materials and thus better understand Li-S battery charging and recharging mechanisms and battery failure.

SECM is a tool which is used to measure processes mainly in the vicinity of a surface. This technique can be used for fuel cells research, surface reactivity of solid state materials, the elucidation of enzymatic activities and other biophysical investigations. These all call for the probe to be in the near vicinity of the analyzed surface and to be able to control its spatial orientation.

The AFM-SECM combination enables one to track the topography in real-time at a fixed working distance while electrochemical signals related to surface activity are collected at the probe. The ability to add on spectrochemical analysis enhances this technique and can set new horizons to electrochemical investigations. Monitoring the Raman signal at real time gives the ability to understand the dynamics of the chemical reactions occurring at a sub-micron resolution in the vicinity of the SECM probe.

Nanonics systems provide unique liquid-based capabilities in scanning electrochemical microscopy (SECM) that now for the first time can be combined with other SPM methods such as AFM-Raman for chemical imaging together with the topographic and electrochemical current imaging. The Nanonics SECM capability incorporates Nanonics innovations in probe design, tip-sample feedback, and liquid cell design to enable new and revolutionary capabilities for the most advanced experiments.