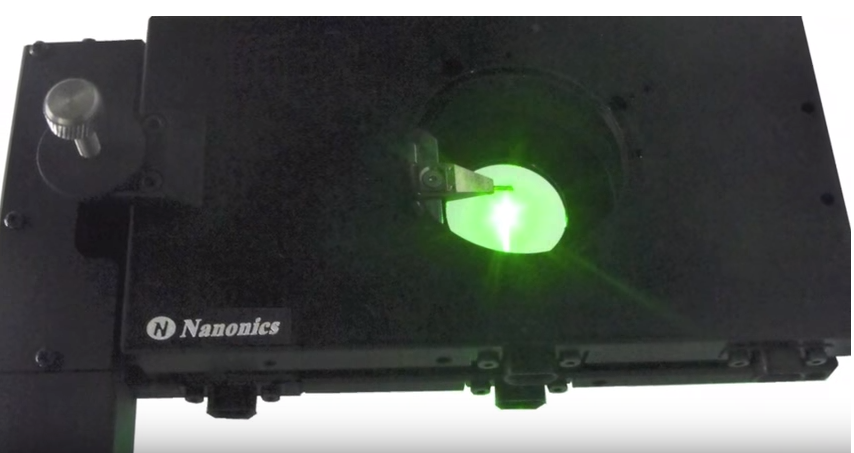 Photon Force is an exciting way to perform NSOM imaging, from the UV to the mid-infrared.  The technique is generally known as PiFM.  Such photon force with a scanning probe microscope was pioneered by a Nanonics customer, Professor Aristide Dogariu of the University of Central Florida (CREOL) [Dana C. Kohlgraf-Owens, Sergey Sukhov, and Aristide Dogariu, “Mapping the mechanical action of light” PHYSICAL REVIEW A 84, 011807(R) (2011)].

Recently, Nanonics systems, both the Multivew 2000 single probe and Multiview 4000 multiple probe systems, have been used to show the exceptional capabilities of tuning fork SPM probes in the measurement and analysis of imaging in PiFM mode [Junghoon Jahng , Hyuksang Kwon and Eun Seong Lee, “Photo-Induced Force Microscopy by Using Quartz Tuning-Fork Sensor  Sensors 2019, 19, 1530; doi:10.3390/s19071530 ].
Tuning forks have multiple eigen modes which allow different parameters of both the photon momentum and the feedback that is impossible using silicon probes and beam bounce feedback technology often used in SPM imaging.
Furthermore, both in the earlier work by Dogariu and the present study, it has been shown that the force sensitivity of a tuning fork is between 0.5 pN in the present study and 1.5 pN in the previous study by Dogariu. The present study has shown that the fundamental eigen mode has the highest force sensitivity while the higher order of eigen mode has a sensitivity which Dogariu reported.
These studies highlight one of a variety of new AFM imaging modalities implemented with the exclusive ultrasensitive force imaging capabilities of Nanonics Systems. Besides photon force imaging, the multiple eigen modes of Nanonics Tuning Fork based SPM systems can be used to great advantage in such applications as nanometric visco-elasticity which can be compared, for various materials, to bulk DMA values.   In this application, one mode of the tuning fork can be used for feedback, while the second mode can be used for out-of-plane information related to this visco-elasticity.
This publication highlights Nanonics tuning fork systems. Please click here for further information.