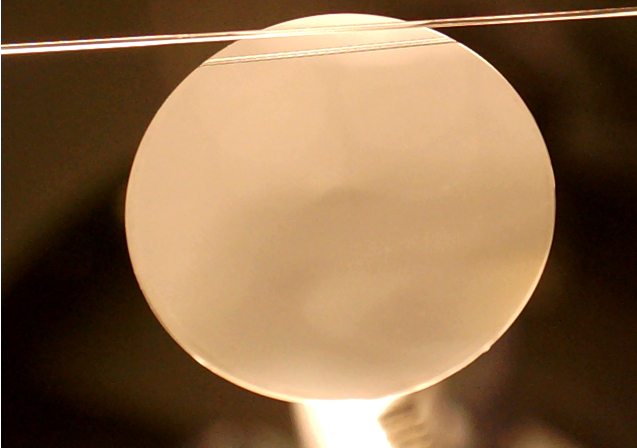 Researchers at the University of Auckland (New Zealand) have set a new record for quality (“Q”) factors of terahertz resonators. The team, led by Dominik Vogt and Rainer Leonhardt, machined subwavelength-thin discs of high-resistivity silicon. By carefully choosing the dimensions of the disc, they were able to shift a large proportion of the propagating terahertz wave to a so-called evanescent field that extends outside the disc, thus minimizing losses in the silicon bulk material. This resulted in an ultrahigh Q factor greater than 120,000 at 0.6 THz. The authors used TOPTICA’s TeraScan 1550 to characterize their resonators.

Above image: Close-up of a resonance with a linewidth of about 7 MHz.  Image: University of Auckland (New Zealand)

Interestingly, the large part of the wave that travels outside the resonator makes the setup a promising candidate for terahertz-based trace-gas detection. In a companion paper, Vogt and his colleagues were able to measure parts-per-million concentrations of water vapor in the vicinity of the disc. In contrast to established gas-sensing techniques, the novel resonator-based approach requires neither a long-path absorption cell, nor any vacuum equipment, because the measurement is performed at normal pressure. 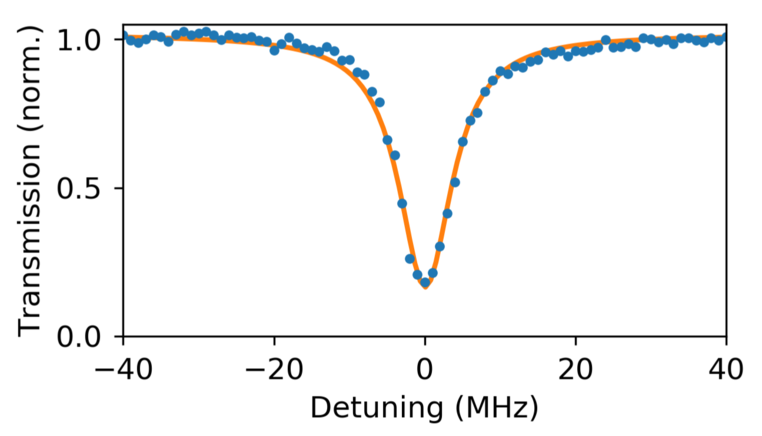 Close-up of a resonance with a linewidth of about 7 MHz.  Image: University of Auckland (New Zealand)